Austria is peppered with castles, fortifications and ruins that are telling interesting stories about the history of this country. In addition, the vast majority of them are located on a chine, offering a charming panorama of the area around.

Hohenwerfen Castle known as Erlebnisburg (Experience Castle) is located on the Salzach Valley, above Werfen village. It was an important strategic point for  Salzburg region because  `Lueg` Mountain Pass, where it is positioned, is the only way to access the city of Salzburg. The castle was built between 1075 and 1078 by Prince Gebhard,  Salzburg archbishop of the Hasburg family of Austria. Over the years it has experienced both flowering and decay periods. For many years, here was a dreadful prison and between 1525 and 1526 it was burned by farmers and miners who fought against local authorities for a better life. At present, Hohenwerfen is set up as a museum that offers an impressive collection of weapons as well as daily flight demonstrations using various birds of prey, including eagles, falcons, hawks, and vultures. In addition, the panorama of the surrounding mountains is very beautiful. This castle connects us with a funny memory. One of the chambers of the castle is `The Torture Room` from which a corridor opens. Followed by curiosity, we entered the aisle which led to a wing of the castle where the birds of prey were kept. We admired them and looked out the window at the preparations that were made for the birds show. On the way back, we found out we were locked in the ”Torture Room”. Fortunately we had a flyer with a phone number, so we called and a scared custodian opened us. Seeing that we are relaxed and that we make fun of us, he get relaxed too. 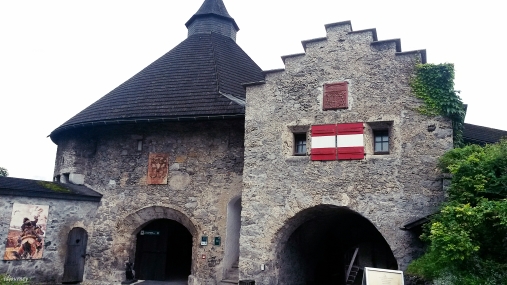 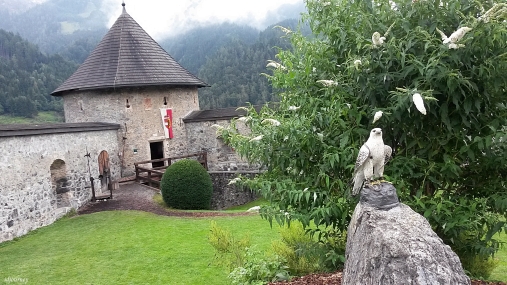 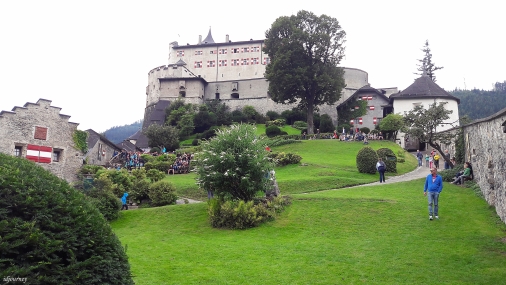 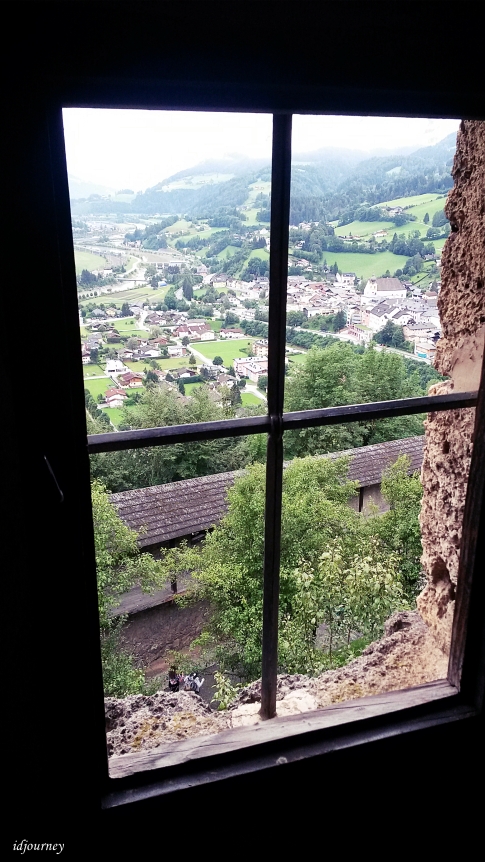 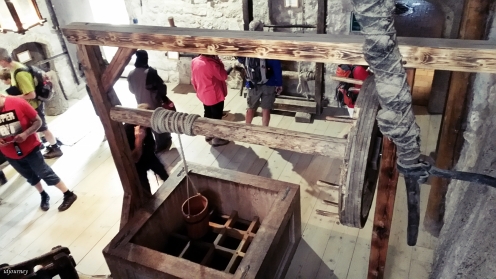 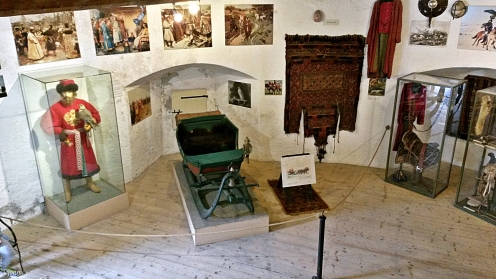